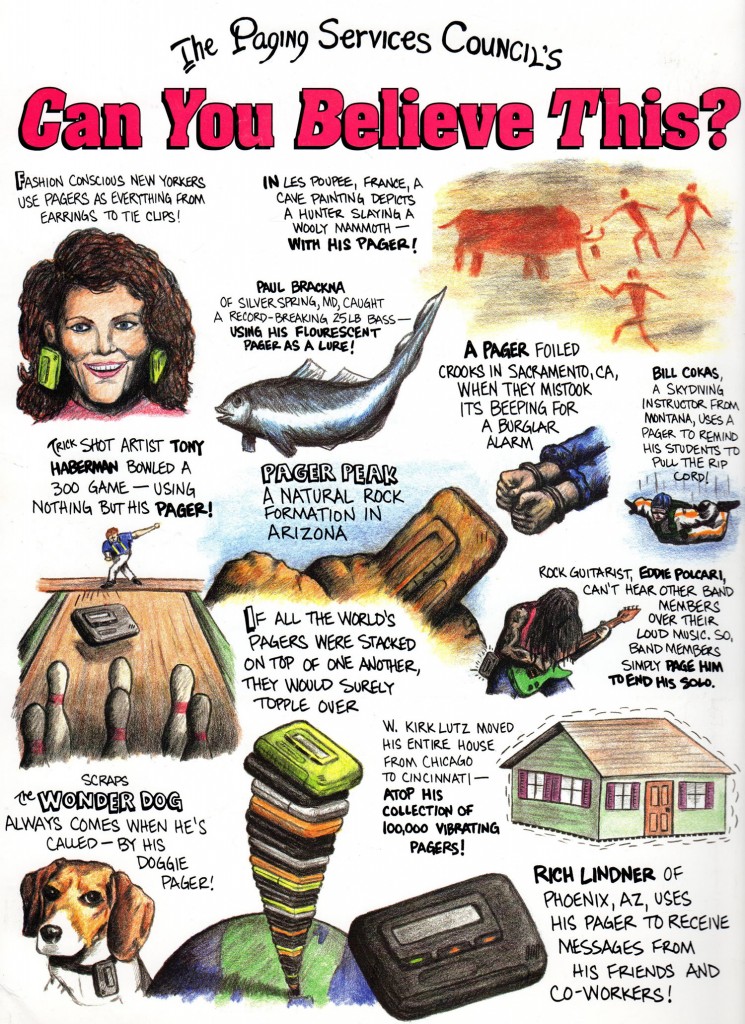 Can You Believe This?

Fashion conscious New Yorkers use pagers as everything from earrings to tie clips!

In Les Poupee, France, a cave painting depicts a hunter slaying a wooly mammoth — with this pager!

Trick shot artist Tony Haberman bowled a 300 game — using nothing but his pager!

A pager foiled crooks in Sacramento, CA, when they mistook its beeping for a burglar alarm

Bill Cokas, a skydiving instructor from Montana, uses a pager to remind his students to pull the rip cord!

If all the world’s pagers were stacked on top of one another, they would surely topple over

Scraps the Wonder Dog always comes when he’s called — by his doggie pager!

W. Kirk Lutz moved his entire house from Chicago to Cincinnati — atop his collection of 100,000 vibrating pagers!

Rich Lindner of Phoenix, AZ, uses his pager to receive messages from his friends and co-workers!